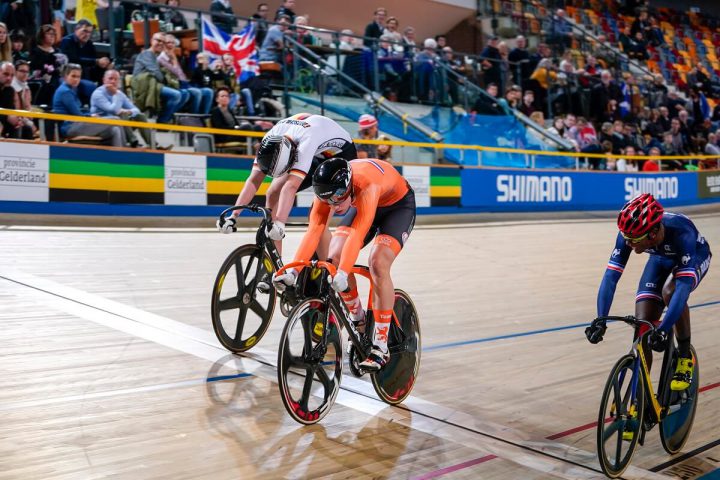 APELDOORN – The Dutch track cyclists have only just been honored after the Tokyo Olympics when cycling enthusiasts get the chance to get acquainted with the track stars of the future. The U23 and U19 (m/f) will compete in Omnisport Apeldoorn from 17 to 22 August during the European Championship. Do you already want to know who will shine at the upcoming editions of the Olympic games in Paris (2024) and Los Angeles (2028)? Then buy a ticket for this European Championship.

Many of the protagonists of current track cycling passed in the editions of the previous European Championships -23 and -19. What to think of three-time world champion Harrie Lavreysen, who had already achieved his first elite successes, but still wanted to collect all titles in the youth championship? And from world champion on the kilometer Sam Ligtlee and his sister, former Olympic champion Keirin Elis Ligtlee. They presented themselves early on as the later top talent on the slopes.

Successors of track toppers eager
While the current stars are resting from a tiring five-year run-up to this year’s edition of the Summer Games, their successors are already eager to compete with them or perhaps take over the baton in the wings of Omnisport Apeldoorn. . If not in Paris (2024), then four years later in Los Angeles.

Making history
So history will be written in Apeldoorn in advance. And you can be there. The national coaches predict medal chances for our compatriots. Write down the names of Steffie van der Peet, Lonneke Uneken, Tijmen van Loon, Michael Zijlaard, Philip Heijnen and Vincent Hoppezak as medal candidates for our country. But see for yourself which new Dutch and also foreign job stars present themselves. They will undoubtedly make their appearance again in the future at the Omnisport Apeldoorn cycling track. And you can say that you have already seen it shine as a promise or junior. Within the current corona guidelines, a (limited) public is allowed and tickets are for sale via our online shop.